Dan Lurie, best known for his bodybuilding feats and relationships with many celebrities died on Nov. 6, 2013. He was 90.

Lurie, who continued to lift weights into his 80s, arm wrestled President Ronald Reagan in the Oval Office in 1984 and was instrumental in bringing the “Great Communicator” to Temple Hillel in North Woodmere that same year.

Born in 1923 with a heart murmur, Lurie was not expected to live more than five years. In his youth, the Brooklynite began weightlifting to build up his skinny physique and was an advocate of exercise throughout his life. He learned to play checkers and was a state champion at 13.

A competitive bodybuilder whose contemporary and rival was the famous Joe Weider, Lurie had his own business, the Dan Lurie Barbell Company until 1988. He was packing shipments on the morning of his wedding on Feb. 1, 1947. Lurie said a 10-pound steel plate fell on his head. “Sure I married you, but I was hit on the head with a barbell plate and I didn’t know what I was doing,” he occasionally told his wife, Thelma.

In the 1950s, Lurie was the Sealtest Dan the Muscle Man on the CBS TV show the “Sealtest Big Top.” His entrepreneurial skills extended to publishing. Putting out six different magazines about bodybuilding and training, including the globally read “Muscle Training Illustrated.”

The list of celebrities he met is a who’s who of the 20th century from fellow Brooklyn native Mae West to Arnold Schwarzenegger.

In addition to Thelma, Lurie is survived by five children, 15 grandchildren and six great-grandchildren. 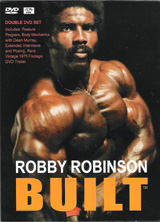